There is a lot of talk today about the fact that things are not what they seem. It is not easy to distinguish between conspiratorially motivated speculation, and the real hidden things of our world—but most of the time the sources make the difference.

In the same way, the Bible serves as a guide to distinguish authentic truth from counterfeit—something that will be increasingly important in the final conflict.

The wolf in sheep’s clothing

The book of Revelation presents the conflict between good and evil in symbolic language, in chapters 12-14. In Chapter 12, the two sides are described as the dragon and the woman. Essentially, the dragon is the devil (12:9), who is waiting for the woman to give birth to her child. The description of the child is done in Messianic terms (12: 5; 19:15), so the picture refers to the attempt of the forces of evil to kill Christ. Because this attempt fails (12:7-9), the dragon pounces on the woman (12:13-16), a symbol of the church. The picture here accurately reflects the many centuries of bloodshed, during which Christ’s followers paid with their lives for the faith they embraced.

In Scripture, the concept of remnant refers to the few who remain loyal to Christ. Given the course of the vision so far, we would expect the dragon to continue in the same violent way. But things change.

In Revelation Chapter 13 we see a change in the dragon’s attitude and strategy. He transfers his prerogatives (throne, authority and power) to a great beast, which is described using a language which is incredibly similar to the way Jesus is portrayed in the New Testament.

Here’s an example of the many similarities:

The wild beast, the symbol of an entity that opposes God, is more like Jesus than different from Him. However, its resemblance to Christ is only for show. In reality, the beast does nothing but keep mankind away from the true Jesus, giving them the false impression that they are with Him.

There is one detail that stands out. This beast also has an instrument, another beast, through which it works at the end of history. This second beast also resembles Christ (Revelation 13:11), but also the prophet Elijah. Revelation 13:13 says that “it performed great signs, even causing fire to come down from heaven to the earth in full view of the people”.

Here a historical allusion is made to an episode in the history of ancient Israel (1 Kings 18). It is a confrontation between the prophet Elijah and the false prophets of Baal. The test of truth was, in that particular case, the divine response to the sacrifice of the competing prophets. The people were confused and needed tangible proof that either Elijah or Baal’s prophets were right. In that circumstance, the fire struck only the altar of God, not the altar of Baal. So the people knew who the true God was and who His prophet was.

But Revelation 13:13 tells us that at the end of time, fire will also descend on the false altar. In such a circumstance it will be impossible to distinguish between the authentic and the counterfeit only on the basis of sight. Even if what is seen will be more of an illusion, the counterfeiting will be extreme. Jesus was right when he said that “false messiahs and false prophets will appear and perform great signs and wonders to deceive, if possible, even the elect” (Matthew 24:24). 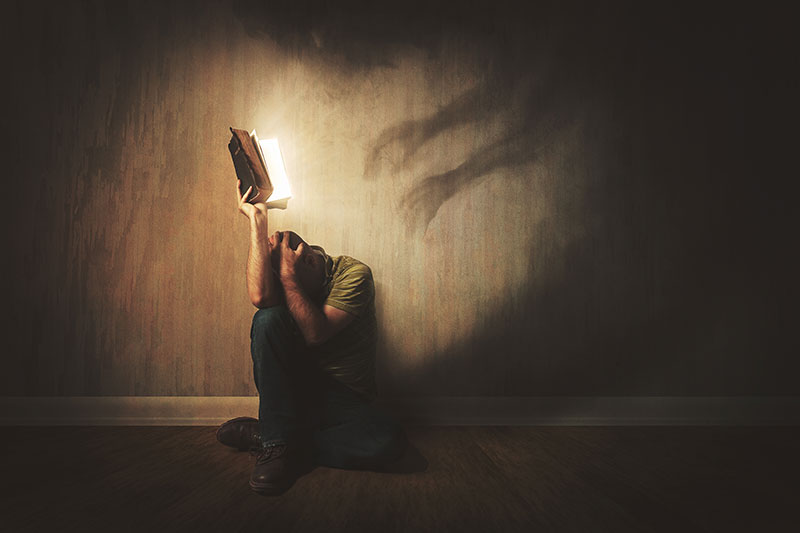 The wolf in shepherd’s clothing

However, that is not all. Another major text that emphasizes the deception occurring in the end times is 2 Thessalonians 2. Here the apostle Paul addresses the issue of the Day of the Lord, which some saw as already fulfilled (2 Thessalonians 2:2). The apostle calms our spirits, stating that there are certain essential conditions that will be present when Jesus really appears (2 Thessalonians 2: 3-12).

The two conditions are “apostasy”—a word describing the rejection of Christ by Christians—(v. 3, cf. v. 11-12) and the revelation of “the lawless one” (v. 8). Although the mystery of lawlessness was already unfolding in Paul’s time (v. 7a), there was something or someone standing in its way and limiting its development (v. 7b). When these restrictions are removed, the lawless one—or the antichrist—would appear.

When it comes to the time and manner of the Second Coming, Paul compares the event to a thief sneaking in at night (1 Thessalonians 5:2,4). In light of this, Paul encourages the members of the Christian church not to be caught in speculation, while also acknowledging that there are still false Christs, who may imitate him that must be avoided.

The most important hereof is found in 2 Thessalonians 2:8-10: “And then the lawless one will be revealed, whom the Lord Jesus will overthrow with the breath of his mouth and destroy by the splendour of his coming. The coming of the lawless one will be in accordance with how Satan works. He will use all sorts of displays of power through signs and wonders that serve the lie, and all the ways that wickedness deceives those who are perishing. They perish because they refused to love the truth and so be saved.”

Paul says that the wicked one will “be revealed” (in Greek, Apokalyfthēsetai), but Jesus will destroy him “by the splendour of his coming (in Greek, Parousia)” (2 Thessalonians 2: 8). Then, right at the beginning of verse 9, Paul states that “the coming of the lawless one will be in accordance with how Satan works”. Here the author talks about the climax of the imitation of Christ by the antichrist.

Even the antichrist’s arrival will attempt to mimic the second coming of Jesus. We are not told exactly how, but it is stated that “he will use all sorts of displays of power through signs and wonders that serve the lie” (v. 9). It seems unlikely then, that the discussion of Trump as the antichrist holds much weight.

It is not difficult for the Bible reader to imagine how Satan would do this. The same Paul, speaking of false prophets in his day, said: “For such people are false apostles, deceitful workers, masquerading as apostles of Christ. And no wonder, for Satan himself masquerades as an angel of light” (2 Corinthians 11:13-14). The devil has been masquerading since the story of the primordial fall and Jesus calls him “the father of lies” (John 8:44). With Satan clothed in Christ’s garment, it is no wonder that mankind will gather to fight against Jesus when He comes on the clouds of heaven (Revelation 19:19). They most likely do not know the identity of the false Jesus/antichrist—much less that of the true Christ.

Discerning between the truth and the counterfeit

It seems that the only way to discern between the truth of God and the deceptive “blasphemous words” in the end times is to use the same old method that has been used before: obedience to God’s explicit Word. In conclusion, I would like to give three convincing examples.

The first comes from the story of Eve’s fall (see Genesis 3). Her discussion with the serpent was about what God commanded: not to eat from the tree of the knowledge of good and evil. Although appearances were misleading, and the serpent seemed to be right, since what he was suggesting contradicted God’s express command, it had to be rejected and identified as false.

The second one comes from the experience of Jesus’ temptation (see Matthew 4). When he tempted Jesus, the devil did not immediately reveal his identity. He came to the Saviour of the world as an angel of light. Jesus’ only defence was the Word of God, which He decided to obey no matter how appealing or persuasive the tempter’s suggestions seemed.

The third example comes from Revelation 12:11. Here the overcomers of the satanic dragon are depicted. John says: “They triumphed over him by the blood of the Lamb and by the word of their testimony”. The metaphor of the blood of Jesus Christ has the role of telling us that the victors are not without fault. They need Christ’s forgiveness. However, the mention of the “word” of God, which they confess and for which they are ready to die, shows that, in the end, it will be the same: the distinction between Christ and Satan, between truth and falsehood, will be made according to of the Word of God.

Interested in learning more of what the Bible says about the future? Why not try this free course, or contact us here.

Laurenţiu Moţ is a Ph.D. associate professor at Adventus University. A version of this article first appeared on ST Network, the European Signs of the Times, and is re-posted here with permission.

What do we do with bad people?

Fear in times of crisis: Taking our fears to God